Our recent update to the wwPDB validation reports provides much clearer validation information for ligands.

We now include 2-dimensional diagrams of ligands, highlighting geometric validation criteria and, for structures determined by crystallography, 3-dimensional views of electron density.

We also provide calculated electron density map coefficients which were used to generate the analysis in the validation reports.

We have collaborated with Global Phasing Ltd to integrate the ligand visualization from buster-report into the wwPDB validation report, as recommended by the wwPDB/CCDC/D3R Ligand Validation Workshop. The ligand visualization will be available for ligands that have been designated as "Ligand of Interest" by the depositor and ligands with a molecular weight greater than 250 Daltons that have outliers.

The following ligand instance of NAP was chosen intentionally as a representative of sub-optimal quality in both the ligand model and its agreement with the X-ray data.

Geometric analysis provided by CCDC Mogul will be highlighted on a 2D diagram of the ligand, as shown below. 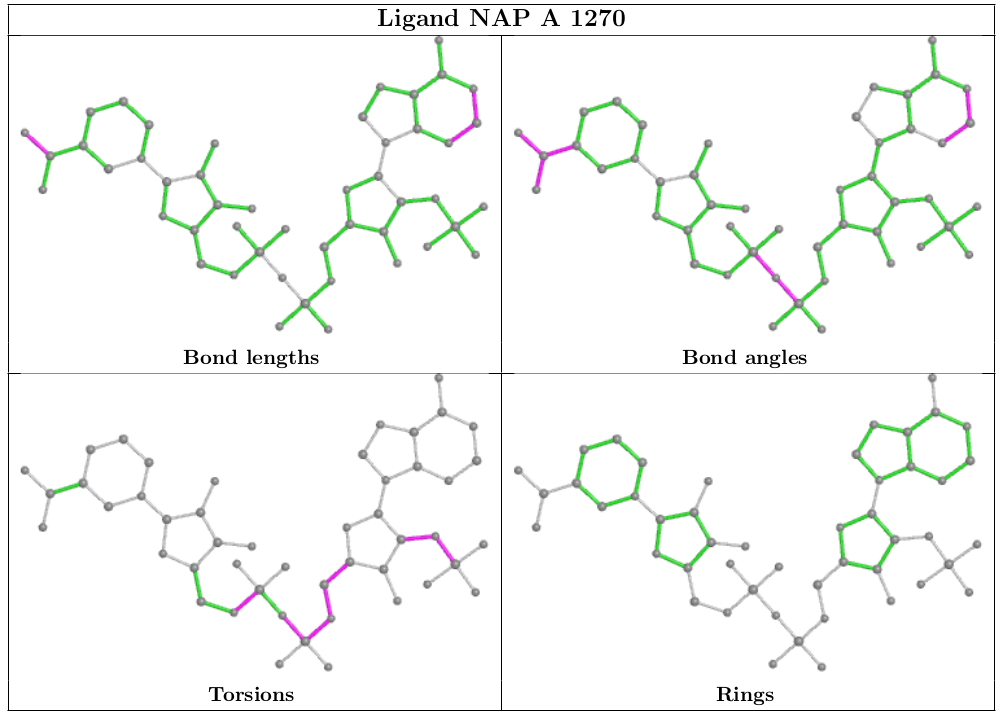 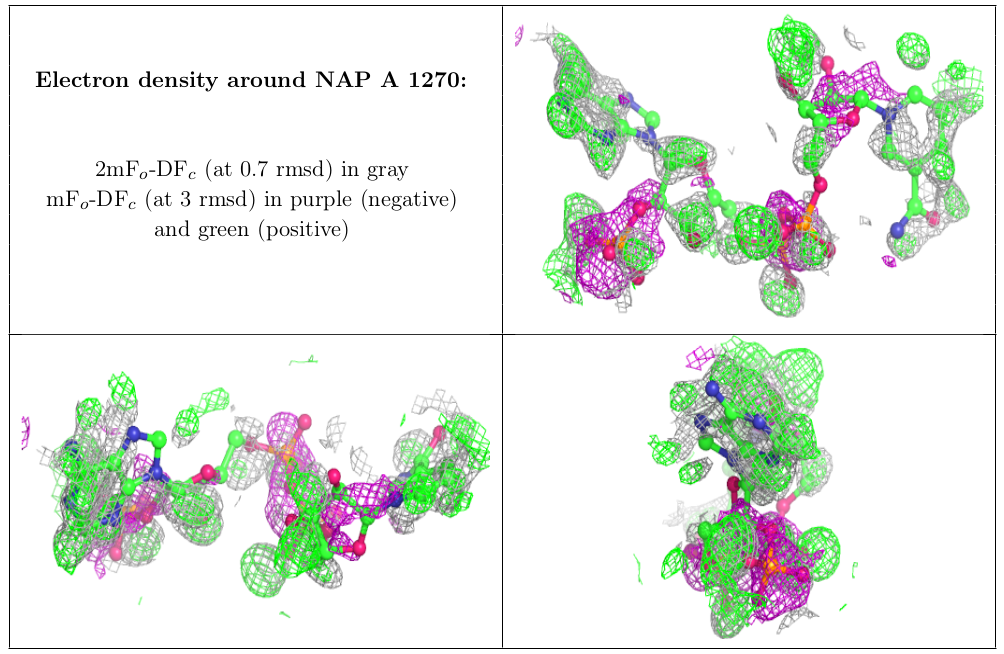 We hope that these changes to the wwPDB validation pipeline will help depositors to interpret the validation information provided for PDB entries more easily. If you have any queries, please contact the wwPDB at deposit-help@mail.wwpdb.org.